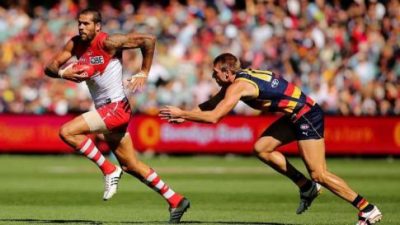 The most common injury over the last 20 years in the AFL is the hamstring injury. Minor improvements in injury rates have occurred, mainly due to improved fitness training and better emphasis on injury prevention. The hamstring consists of three main muscles at the back of the thigh. There are two muscles on the inside of the thigh and the biceps femoris on the outside of the thigh. The biceps femoris is more prone to injury than the inside muscles. Hamstring injuries usually occur by an overstretching activity such as kicking or bending down to the ball or whilst the athlete is sprinting.

PARKING UPDATE: HOORAY! We now have 6 allocated parks in the back carpark, with a 2-hour limit. We hope this helps improve access to the clinic, but there is plenty of free parking at Westfield for those who can manage a short walk across the road. ... See MoreSee Less

In this one hour session you will learn the evidence for various treatment options including medication, exercise, joint injections and surgery. The benefits of the exercise and education GLA:D program will be a key focus. Register to book your place admin@westlakesphysio.com.au or call 83472043 ... See MoreSee Less

Thanks where I get into soort

Wow-what a year! One year ago, we rebranded to West Lakes Physio-Sports and Rehab. I can't believe all we have achieved in such difficult times for small businesses. A huge thank you to our amazing team of reception staff, physios and massage therapists for all you do to make this a great work environment. And to all our patients that have tolerated construction works, parking difficulties and covid protocols-THANK YOU for your continued support and for referring your friends and family. ... See MoreSee Less

All the hard work is paying off. X

Last night, we were blessed to have renowned Pain Science Guru Dave Butler share his knowledge and time in an informal Question and Answer session in the clinic. David Butler is a physiotherapist, an Associate Professor, an educator a researcher and a clinician who has played an instrumental role in helping the physiotherapy world and beyond understand the complexities of chronic pain.
As Adelaide trained physios, we have all benefited from his teachings and are better therapists because of it. Last night was extra special as he announced that it would be his last education session at a small private practice clinic.
So a huge thank you to Dave and to Peter Barrett for organising the session. Great mates that have shared a long and fruitful journey together in the physiotherapy profession.
For more info about the multiple publications that Dave has co-authored for patients to read and learn from, see: www.noigroup.com/shop/

Sad to have missed it, but what a legend, what a physio!

Looking good Dave! As are all my Physio friends. 💕

Good on ya Dave!

Masks remain compulsory for staff and patients when in the clinic.  If you have a medical exemption from wearing a mask, please show this when checking in.  We have provided a private waiting room for your safety.

Please consider the following before attending your appointment: